The team was ready for some fun. Therefore, we decided to arrange a Hackathon!

The overall plan was as follows: take 2 -3 days, separate into 2 teams and give them all the supplies to build an Arduino Rover that will rescue a Lego man, his potato and water supplies (urine sample bottle) from Mars (middle of the office).

Inspired by Andy Weir’s book and subsequent movie “The Martian”, the storyline was just as straightforward as the story that inspired it. However, execution proved a bit trickier. It might have been our own fault – we were so stuffed on pizza, our brains may have malfunctioned.

In the end, fun was had. The team learned some valuable lessons about battery life, trajectory and carbs, and we even had some guests come witness our success on the last day. There was some goofing around with a drone, and then it was time to go out and celebrate in style at our favorite cocktail bar.

For future hackathons, though, we might have to rethink our diet. 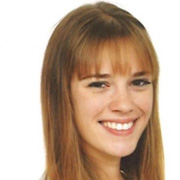